I have just finished reading Tompkin’s School: For the Extraordinarily Gifted by Tabitha Slick, an award-winning author of Paranormal & Urban Fantasy novels. I would highly recommend this novel, and indeed all of her books. The title fascinated me as it made me think of the powerful minds of Gifted Students and the world they live in. Having taught Gifted and Talented students, I am sure this is a Young Adult novel they would enjoy.

Now, more about the author: I first met her at the Texas Haunter’s Convention in Mesquite Texas. At her website https://www.tabislick.com/, you can receive a free sample of Tompkin’s School, a school “where students go missing, demons hunt freely, and the school does nothing to stop it. “ At her website, you can join her Transitioned Universe, the supernatural world of magic in which all her books are set to discover its secrets.

Ms. Slick is a prolific author and if you have an interest in reading novels about the Paranormal and Urban Fantasy, you are sure to enjoy the experience.

Tompkin’s Academy is set in the magical countryside of Oklahoma where she grew up. After starting her studies in Puerto Rico, she finally settled down in the Dallas-Fort Worth area of Texas.

With a background in Linguistics, she’s often found either researching or with her nose stuck in a book. In her blog, you will find writing tips, recommended books to read, details of some of her writing events, and special offers. She has a contact page and I have found her to respond promptly to letters and questions. Her photo is below! 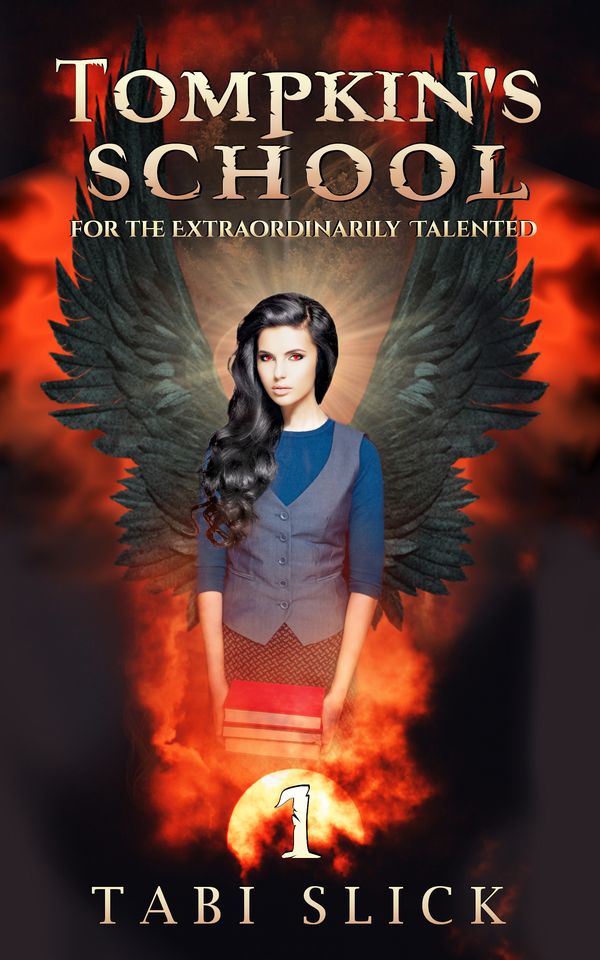 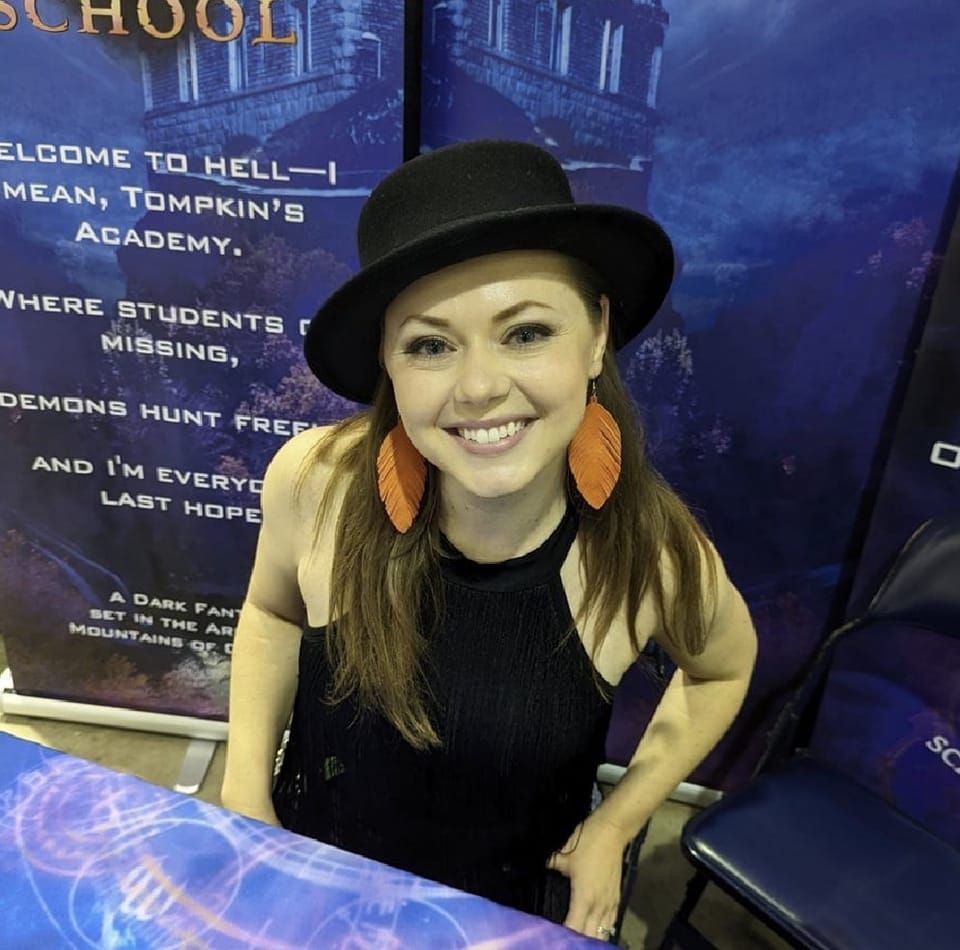 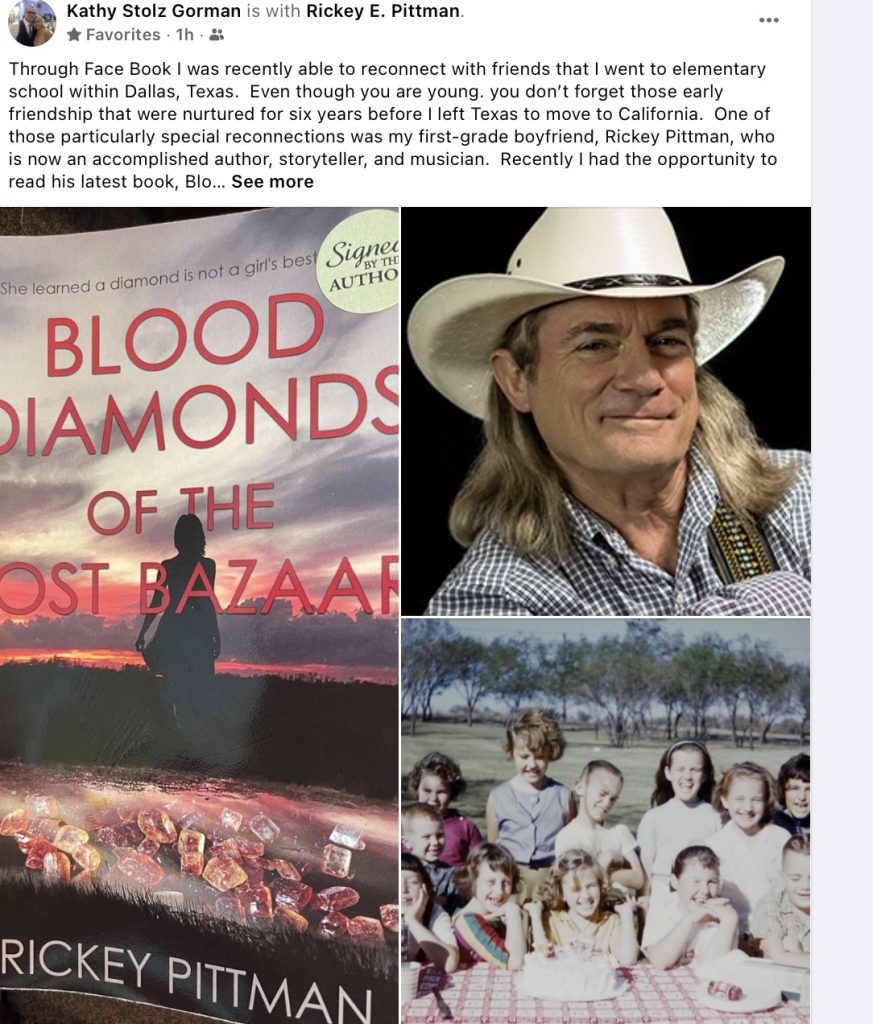 New Orleans has been a source of many surprises to me through the years. As I did my yearly October Halloween research, I came on some good information about Hoodoo and Root Doctors. 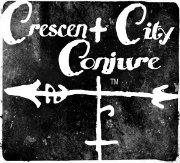 I discovered Crescent City Conjure, a business that offers candles, oils, incense, herbs, roots, divination tools, curios, and even gris-gris.  They also offer fascinating classes. Check them out at their website:

I discovered that hoodoo is not the same as voodoo. Oxford Languages defines hoodoo as a religion practiced in parts of the Caribbean and the southern US and characterized by sorcery and spirit possession. If a person wants to learn more about hoodoo, this might be a good book: 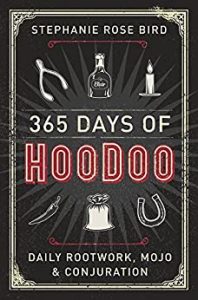 Root doctors are the traditional healers and conjurers of the rural, black South. They use herbs, roots, potions, and spells to help and sometimes to hurt people. One famous root doctor was Dr. Buzzard in South Carolina with clientele from all over the nation. He is buried on St. Helena Island. Bands and songs have used Dr. Buzzard’s name.  I intend to research him further. Here’s a tarot card with his image on it: 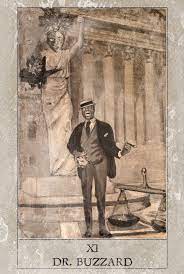 Day 3 of my Thirty Days to Halloween posts! A book trailer of my novel, Under the Witch’s Mark! Thanks to my FB friends who purchased a signed copy at the Celtic Fest on Saturday!

Voodoo (more correctly Vodou) is a frequent topic in October. Today is Day Two of my Thirty Days to Halloween. In my research for Vodou scene in my next novel, I made many discoveries. One discovery concerned the Vodou altar and one object used for healing on that altar, the Paquet, a decorated, handmade power amulet/charm made of herbs, plants, and other materials. Below is an image of one made by Pierrot Barrra a Vodou priest. 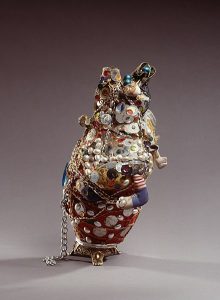 ANOTHER SATYRDAY NIGHT: An excerpt from Under the Witch’s Mark 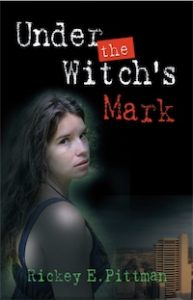 When Steve met me at the door, I once again found myself at a loss of words. He stood there, a bottle of Cold Duck in one hand, and a cigarette hanging loosely in his lips. He had covered his motorcycle helmet with sheepskin and somehow attached goat horns to it. The headpiece reminded me of a Comanche war bonnet in a John Wayne western. His face and all other exposed skin was painted blue, and he wore a sheepskin shirt and matching trousers. He had even glued wool to his horseshoe-tapped motorcycle boots. He took a puff of his cigarette and a swig of the Cold Duck.

“You’re standing there dressed like that and you’re asking me what’s going on?” I recalled Doty’s story. “No, tell me it’s not true. You are the Goat Man?”

He pulled a panpipe from his belt, blew away some of the fuzz and played a little ditty and then said, “Yes, Sheridan. I am Goat Man. The source of teenage nightmares. I am the adrenaline rush for young lovers who park in lonely spots. Though I admit—my costume only works well if those I harrow are stoned or drunk. But face it—most people parking are one or the other or both. I usually just flit about in the shadows so they think they see something. It’s just like a good horror movie scene. Curiosity gets the best of them and they come closer to take a look. They experience, as Joseph Conrad describes it, a fascination with the horrible.”

“You keep this up and they’re going to put you in jail or an insane asylum.”

“You are totally insane.” I felt like I was suddenly on the Planet of the Apes, or in this case, on Planet of the Goats. I felt like shouting, “This is a madhouse!” like Charleston Heston did when his power of speech finally returned.

“Do you think I could find an agent to book me for horror movies?” He raised his hands in a monster pose.

“How are you going to do movies from prison or the loony bin? I think you’ve committed crimes that aren’t even on the books yet.”

“I like being a satyr.” He broke off into a song:

“Another Satyr-day night, and I ain’t scared nobody,

When I rolled my eyes, he said, “Would you like to come in and imbibe some of this exquisite Cold Duck? I only drink the finest.”

“Yeah. I’ve got to have a drink after seeing and listening to you.”

Order Under the Witch’s Mark  HERE: