When I lived in Naples Florida for two years (80-82), I met and became friends with many in the Cuban community of South Florida. I found Cubans generally to be very devoted to family and possessing a strong work ethic. Here’s a few important anecdotes that I recall:

I interviewed one American (married to a Cuban) who was actually part of the Bay of Pigs invasion, sponsored and supplied by our government,  but after endorsing the initial landing, President Kennedy abandoned any support and the invasion failed miserably. The Cubans never forgave that betrayal and are to this day largely Republican politically, detesting the Democrats. My friend was one of the captured and spent time in a Cuban jail. His story was not a happy one.

One family that were members of my church were farmers who lived on the Isle of Pines. When Castro took power, their two boys were taken from them and sent to the state school for which education, which consisted of some classes and half a day’s work in the fields. One was drafted into the Cuban Army and sent to Angola. He was never heard from again. I wrote a poem titled, “They Took the Baby Away,” published in a political magazine entitled, Voice of Freedom. You can read the poem and more about this family HERE:

Once, I needed to pick up someone at the Miami airport. The night before, I attended a Church of Christ congregation in Miami and spent the night in the church building. I was so impressed with the members’ warmth and love and they gladly shared stories about their lives in Cuba.  I may add stories to this post from time to time. I’m searching for some photos to go along with the stories. 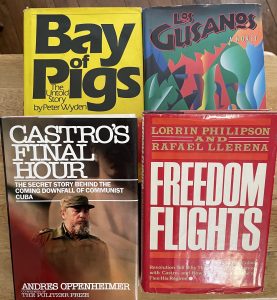 These are just a few of the stories I could share, but if you would like to read more,  I would recommend the following books: 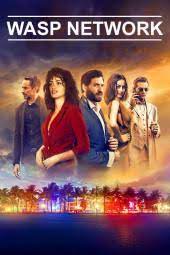 I lived in South Florida (Naples) for a couple of years and there I encountered and learned much about Cuba and the thousands who had managed to flee Cuba. Last night, I watched a Netflix movie,  WASP NETWORK, and this brilliant film revived many memories and feelings I had experienced as I worked among and with the Cuban community.  The 2019 film is based on a book, The Lost Soldiers of the Cold War: The Story of the Cuban Five, (a book I just ordered). Oliver Assayas wrote and directed the movie. Much of the dialogue is in subtitled Spanish. The actors’ performance (including Penelope Cruz) is amazing.  The plot is based on the lives and experiences of Cuban spies operating in South Florida in the 1990s.  There are no happy endings for the Cuban Five.

The film has several (sometimes conflicting) threads. The movie reminded me of the fierce hatred Cuban emigres held and still have toward communism and Castro, of the harsh reality of lives for those who live in Cuba and how their desperation to escape the miseries of communism is so great that they will risk everything and launch out on rafts to cross the 90 miles to America. The film reveals how the Cuban community plans and organizes rescues missions for those making the crossing.

More observations of the Cubans and my experiences among them in future posts. Here’s a video trailer for the movie!

by Rickey Pittman, Bard of the South

“How little it takes to bring out the bloodthirsty savage in each one of us.”
― Marty Rubin

“There are many humorous things in the world; among them, the white man’s notion that he is less savage than the other savages.”
― Mark Twain 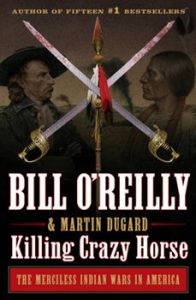 Every since I was a boy, I have had a fascination with Native Americans. By the time I was fifteen, I had read every book about American Indians in the Bachman Lake Branch of the Dallas Public Library.  Fueled by reading these books and by the westerns on television, I memorized every fact I could, and their stories fueled my play,  imagination, and fantasies. I have an impressive collection of books related to Native American history and culture–including biographies, historical events, and languages including the Comanche, Creek, Seminole, Chickasaw, and Choctaw. So, I was delighted to read Killing Crazy Horse by Bill O’Reilly and Martin Dugard. Having read several of O’Reilly’s books, I was not surprised to find this a good read, with many facts and thoughts that would prove useful to my historical Songs & Stories school programs, my reenacting events, my western novel and stories projects (hopefully, soon to be published), and in my college class of American literature.

The book is well-written, taking the reader through a fast-paced journey through America’s history with the Native Americans our founders met and encountered. From the Creek  Fort Mim’s Massacre (1813) to the surrender of Chief Joseph of the Nez Percé (1877), O’Reilly weaves an honest and often disturbing tapestry of Native American history. The character, world views, families, and lives of key players in this distinctly American drama–both American and Indian–are described, quoted and illustrated with details that are revealing and sometimes shocking. The reader learns that the Hollywood versions of America’s history and people are often glamorized and incorrect. The book has valuable footnotes, an excellent index, and a comprehensive bibliography.

If you have an interest in a good overview of Native Americans and their wars, this is a book that will prove to be a valuable read. 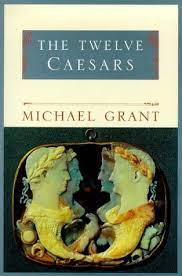 I’ve always been fascinated with the world of the ancient Romans. I still remember my mom Jessie, and her friend Maxine, taking me and my brother and Maxine’s two boys to the drive-in theatre to view Spartacus. I was fascinated, and I still remember the sadness I felt at the ending when Spartacus (Kirk Douglas) dies. As a youngster, I read everything I could about the Roman Empire.

However, it later as an adult, studying the Bible in the seminary, that I learned about the Roman emperors, and again as was my habit and nature regarding things that held my interest, I read everything I could find about them–Tacitus, Suetonius, Ovid, Josephus, and others. I learned more about them by reading Fox’s Book of Martyrs, Persecutions of the Early Church (H.B. Millman),and The Early Days of Christianity  by F.W. Farrar. In my Biblical studies of Daniel and Revelation, I learned in prophecy how the emperors of Rome and their bloodthirsty empire would wage a war against Christians and the Church.

Recently, I obtained a copy of Michael Grant’s The Twelve Caesars. It was an interesting read. Grant is obviously well-read in the classics and sources and his careful research into the Caesars rewards the reader with important information and insights into these men who ruled the Roman world. Here are some of my observations on Grant’s book:

Grant reveals the world of the Roman Empire, and that of the caesars themselves,  to be a martial world, where slaughter and brutality were meted out without mercy to any who opposed them. Grant’s book is a fine resource for any who study or make presentations regarding the emperors. 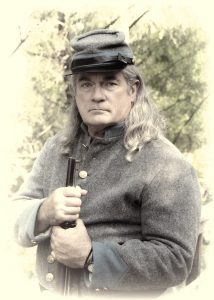 On December 10, 2021, the Bard of the South was invited to a book signing with the other authors in this post. Many thanks to the Bienville Parish Library for hosting this event! Zoom in to see the books of these local authors. 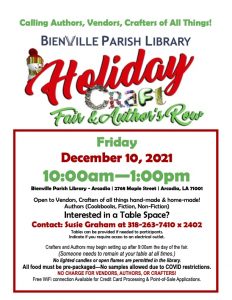 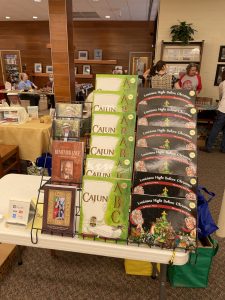 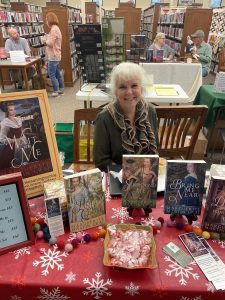 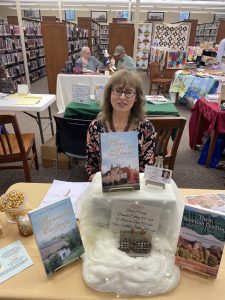 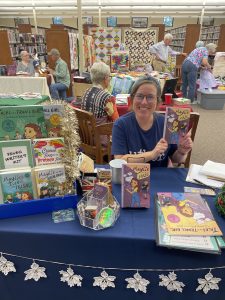 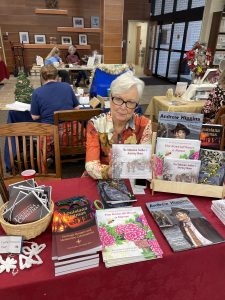 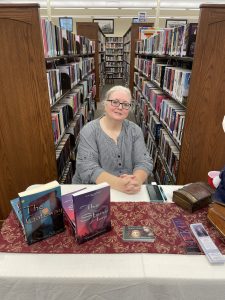 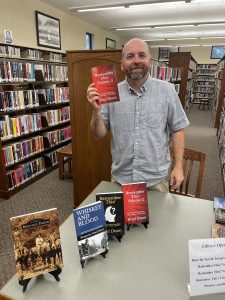 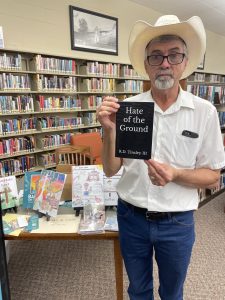 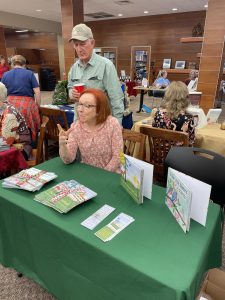 Rickey E. Pittman, the Bard of the South, is a storyteller, author, and folksinger. He was the Grand Prize Winner of the 1998 Ernest Hemingway Short Story Competition, and is originally from Dallas, Texas. Pittman presents his stories, music and programs at schools, libraries, organizations, museums, historical reenactments, restaurants, banquets, and Celtic festivals throughout the South. An adjunct college English instructor with an M.A. from Abilene Christian University, he has fourteen published books, four music CDs and several single releases.

Some Festivals, Conferences, Workshops and Other Events Featuring Pittman as Music Performer, Storyteller, or Speaker: 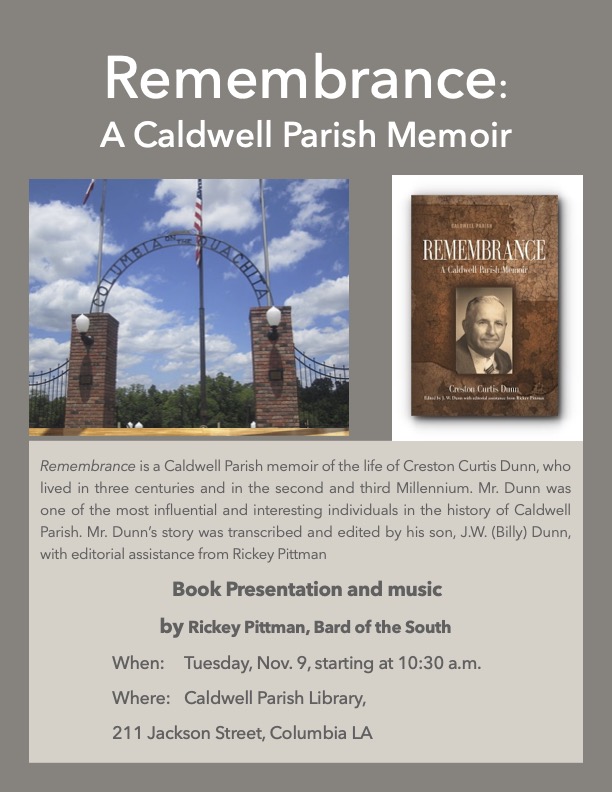 This year, over 71 people have disappeared while traveling on the highway from Nuevo Laredo to Monterey. Highway 101 from Matamoros has also been described as a Highway of Death. Mexico is a place of death and kidnappings. Here’s a poem I wrote that I’m turning into a song:

The Highway of Death.

From Nuevo Laredo to Monterey,
A three-hour journey by car,
Only 135 miles they say,
It 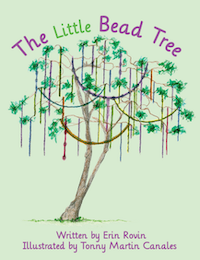