This is an essay I entered in a contest as a tribute to my father, Amos (Gene) Pittman

WHAT SATELLITE RADIO TAUGHT ME ABOUT MY FATHER

Country music is me; it’s what I’ve grown up with, and it’s what I do—Scotty McCreery

Two years ago, I was driving to South Texas for some gigs and as usual had Sirius Satellite Radio tuned to Willie’s Roadhouse on Sirius Satellite. I’ve always enjoyed the station, but today something felt different. Every song for over an hour, one after the other, was a song I had heard my daddy do.  Those songs caused me to remember and realize some things about my father and the music that filled his life, and because I was his son, filled mine.

Amos Pittman was a Haskell County Texas dry-land farmer’s son. He and his two brothers and sister had been raised hard, working the fields of his father’s dry-land farm.

By the time he graduated from high school, two important things happened: First, he learned to play guitar. He was left-handed, but he learned to play guitar right-handed. Second, he was drafted into the Army in the last days of World War II.  He was proud of being a veteran his whole life. When he was discharged, while visiting an Army friend, he met my mother, Jessie Fae, and they fell in love immediately and soon married. He was twenty and Jessie Fae was only fourteen.  They tried their hand at farming, but the brutal weather of West Texas, financial struggles, the never-ending work, and family conflicts caused them to pack up their few belongings in their 1933 Ford and seek their fortune in Dallas.

Amos found work right away in Dallas as a city bus driver, then with fleet service for American Airlines, which he worked for until he retired. I was born when my mother was seventeen and I grew up immersed in country music. Wherever he went, Daddy always had the car radio on, and to this day I can still hear the voice of Bill Mack in my head. In our Dallas home, Saturday evening was a consistent ritual of country music shows—Porter Wagoner, Wilburn Brothers, Panther Hall, Ernest Tubb and their guests—music that lasted until the evening ended with our watching “wrasslin.”

My father took me to country music concerts in Dallas when we could afford to go.  I still recall seeing Charlie Pride and other country greats at Panther Hall and the Sportatorium. I also remember him describing the heart-wrenching songs of George Jones, whom he saw once at a small dive in Dallas. He said Jones’ music touched him deeply, even though Jones was so drunk that night Jones had to lie down on the stage to sing.

Daddy played every venue he could, mostly charity events, and taught me to play guitar. He bought my brother a set of drums and we became his little band. My first guitar was a Silvertone electric ordered from a Sears catalog. The strings were set high, but I played hard every day till my fingertips bled and the callouses and muscle memory of a guitar player were formed. Daddy taught me to play by ear and in any key, and soon I had the same gift he had of being able to hear a country song and play it immediately. I played that catalog guitar with its Black Diamond strings every day, while Daddy picked his Fender Broadcaster.  As I learned to play fairly well, I’ve often thought he developed a country music version of the Suzuki method of music instruction.

Today as I sing along with the satellite radio songs, I realize how my Daddy must have had an amazing memory for song lyrics. I can’t explain why I can sing along with a song I hadn’t heard in twenty or more years, other than the fact I must have been so immersed in music as a child. Until his last years, I never saw Daddy sing from a notebook, though I know he must have at times. He knew virtually every song of Hank Williams, Jim Reeves and the other early country singers word-perfect. I started making a list of songs Daddy knew by memory and I stopped counting at 300. As a teen I moved into rock music, but as an adult I moved back to my roots in country music and was surprised to find that I too still had so many of those old songs memorized. Those old country songs hardwired in my memory make up most of the shows I do today.

When the new “pop” sounding country music came along, Daddy stuck with the classics, only occasionally adding a new ballad to his list.  He encouraged me to write songs and said he hoped that someday I would make a record.

Daddy died in 2011.  I inherited his guitars. The last song I heard him do was “Seven Spanish Angels,” at an Opry in Hendrix, Oklahoma, a year before the strokes and dementia robbed him of the gift of song and speech. I’ve made six CDs now, but my daddy never got to hear any of them.

Now, when I’m performing, dressed in cowboy hat and boots just like he usually wore, I always mention my father somewhere in the show.  I wish we could once again sing and play together on stage.  I wish I had paid more attention to him, learned more from him. Whenever I visited my mother and I’d strum on his guitar, she would often say, “Your daddy loved that song.”

Yes, it was Willie’s Roadhouse on Sirius XM that helped me reflect on my Daddy and the music he knew and loved.  Those were the songs that saturated my boyhood and that touched my memories and formed my heart and soul. Music that I still love.  Music that will always be with me and that the crowds I play to will also always hear.

Daddy lived in the age when AM radio, Saturday night country music TV shows and the 45 RPM records he could afford to buy were his teachers. I wish he could have experienced Satellite Radio and Willie’s Roadhouse. Every time I listen to that old music, in my mind, I can hear the twang of that Fender Broadcaster and my father singing those songs. The country music of satellite radio keeps the memory of my father alive in my heart. 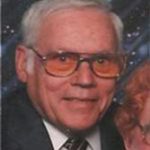