Thirty Days to Halloween, Day 21: The Wolfman, the Rougarou.

One of my favorite childhood memories was watching horror movies on our little black and white TV. I especially enjoyed and remember The 1941 version of The Wolfman, starring, Lon Chaney. That film changed the way I viewed the night, the moon, and firmly planted in my head the power of legends. Chaney actually starred in seven films as the wolfman. HERE is an interesting site with trivia from that first wolfman movie. And here is a short video featuring Lon Chaney:

The belief in werewolves dates back to ancient times. The Online Etymology Dictionary says that in the ancient Persian calendar, the eighth month (October-November) was Varkazana-, literally “(Month of the) Wolf-Men.”The term werewolf  comes from the Old English (Anglo-Saxon) and means “man wolf.”  Lycanthropy is a word that describes a form of madness describing people who believe they are wolves or who actually transform themselves into wolves. Since the Chaney movie, hundreds of werewolf movies have been made, many of them featuring notable actors, the image an idea of a man becoming a wolf never failing to fascinate and terrify.  My personal favorite are the savage Lycan werewolves in Underworld, who are in constant war with vampires. Here is a short video about the rise of the Lycan:

Louisiana has its own version of the werewolf called, the Rougarou or Loup-garou, which comes from the old French and means a sorcerer or an outcast of society who can change into a wolf. It’s said that you must whisper if you talk about them or they will overhear and come looking for you. According to the book, Weird Louisiana, they are said to feed on corpses of unblessed sinners and to howl and keep a distance from anyone who sings “Hallelujah.” Extremely popular in Louisiana folklore, there is an annual Rougarou Fest in Houma Louisiana in October. Here is a short newscast video about the Rougarou:

Here’s a Rougarou painting I liked from Weird Louisiana. 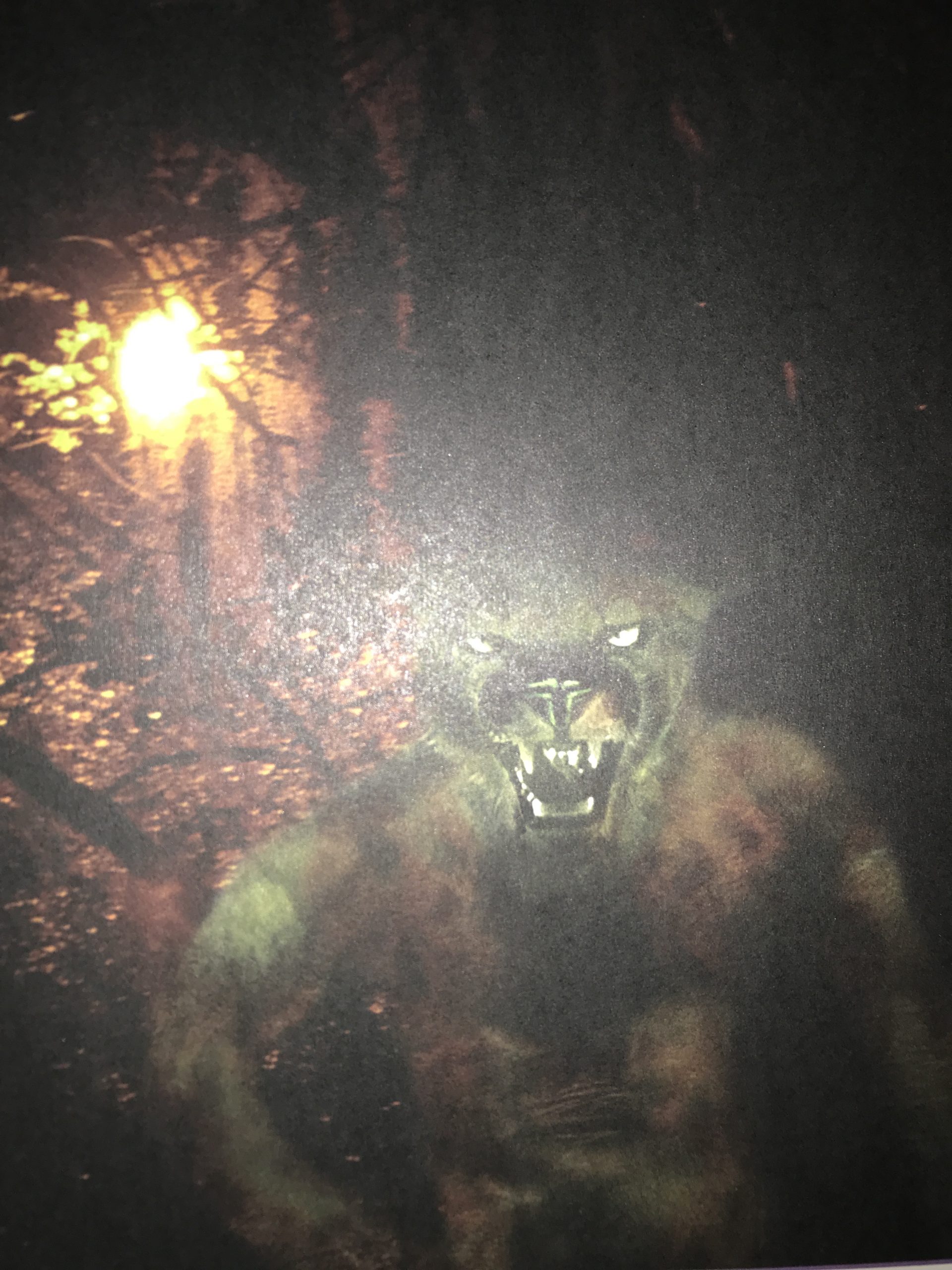