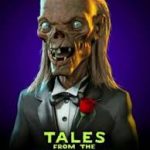 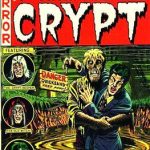 Hopefully, you will remember the demented, cackling laughter of the Cryptkeeper as he introduced HBO’s Tales of the Crypt that ran for seven seasons and 93 episodes from 1989 until 1996.  The series was very successful and featured numerous award-winning actors and actresses in each self-contained episode that the Cryptkeeper introduced with puns, costumes, and questions for the audience. Cartoons, comics, movies and radio programs were created and influenced by the series. The original concept began with William Gaines comic series, Tales of the Crypt in 1950. The comics and film productions utilized an impressive team of writers and artists. You can see a website devoted to Tales of the Crypt HERE:

Here’s a short video of the opening of an episode.