Thirty Days to Halloween, Day 15: The Grand Guignol Theatre of Fear and Horror 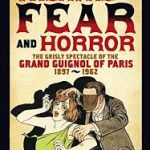 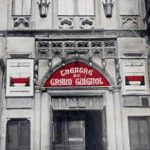 This type of theatre began in Paris and ran from 1897 and lasted until 1962.  Began by the audacious Oscar Mentenier, who bought the smallest theatre in Paris (only 293 seats) to begin his work. The theatre was turned into a house of horror, crossing all boundaries without restraint. Productions were full of gore, torture, death, perversion, and psychological terror.  Mentenier and the directors who followed him measured the success of their plays by how many people in the traumatized audience fainted or vomited during the performance. These productions were often censored.

Grand Guignol was the inspiration behind Anne Rice’s Théâtre des Vampires in her  Interview with a Vampire. You can see the complete and  very interesting history of Grand Guignol theatre, attempts to revive it, and its influence on, stage,  movies, and literature HERE and HERE:

Here is an excellent introductory video to Grand Guignol Theatre: