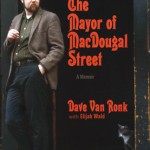 The Mayor of MacDougal Street: A Memoir by Dave Van Ronk with Elijah Wald received wonderful reviews and was a fascinating read for me. I discovered the book after watching the movie, Inside Llewyn Davis. cheap air jordans uk The movie was entertaining in a Hollywood sort of way, the music selections were tasteful and interesting and as a musician, I found the plot rather inspiring. The memoir itself was created by Elijah Wald from interviews and the writings and taped recordings of Dave Van Ronk. The memoir chronicles the forty-year Career of Dave Van Ronk, who seems to have been a true renaissance man–recording artist with more than two dozen albums, excellent guitarist, songwriter, folksinger, storyteller, and musical historian. Said to be a founder of the 1960s folk revival, he was a prominent figure note Greenwich Village scene. nike air max 2017 goedkoop Readers will discover Dave Van Ronk’s encounters with and reflections on the prominent stars of that age such as Dylan, Joni Mitchell, Baez and others. He expresses his thoughts about these stars and their music directly, at times almost to the point of bluntness. Nike Roshe One Uomo Van Ronk also says things that I think many of us have thought but not said aloud. Joe Namath Jersey Things like what he said about Dylan, that his “later obscurantism reached a pint where he wasn’t even trying to make sense anymore . . . He would write an incredible line, then follow it with a line that was utterly meaningless” (204). Nike SB Paul Rodriguez 9 Van Ronk also has good advice for musicians. For example, he says, “[T]he only place you can practice performing is in front of an audience . . . to try out our stuff in public, get clobbered, figure out what was wrong and go back and try again. asics tiger mujer It was brutally hard work, but that was how I learned my trade: by working in front of an audience hour after hour, night after night.” (121). And about songwriting, he says, “There is a built-in flaw for topical songs, which is that if you live by the newspaper, you die by the newspaper” (200). New Balance buty męskie Reading the Afterword, I was also intrigued by the thoughts and insights of Elijah Wald, whose other writings I intend to investigate. Nike Air Jordan 4
Read more about Wald HERE. This book educated me on the Folk Scare as Van Ronk described the period in his memoir. Marcus Mariota I learned far more than I expected and was reminded about why I am a musician and how fortunate I am to be a working musician.