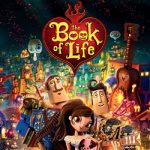 I don’t watch much TV, but I love movies, especially those that fit with my two favorite seasons–Halloween and Christmas.  My favorite children’s video for Halloween in The Book of Life, a computer-animated film that follows the adventures of a guitar-playing bullfighter, Manolo, on the Day of the Dead as he journeys into the worlds of the dead. The film as breathtaking animation and graphics, and is full of humor, music, and fun. Adults and children alike will enjoy this.  Here are the DVD cover and official trailer video.

The second video I would recommend for your Halloween celebrations is a video version of the play Dr. Faustus, written by Christopher Marlowe (first performed in 1604), the story of a doctor who became a necromancer and sold his soul to the Devil in return for knowledge and power. In the film version, Richard Burton stars as Faust and Elizabeth Taylor as Helen of Troy.  The play has several memorable and famous lines such as, “Is this the face that launched a thousand ships?” You can find more quotes HERE:  Here is a trailer for the film. Put it on your list of films to view!