My children’s picture book, Stonewall Jackson’s Black Sunday School is out of print, but don’t despair! I will gladly email a free part one HERE:  Download part two HERE:

Here is the original cover.  Perhaps you’ve seen it around. It received an award from the Colonial Dames of America. 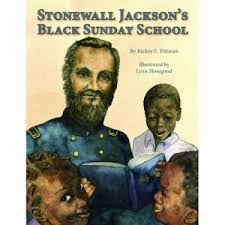 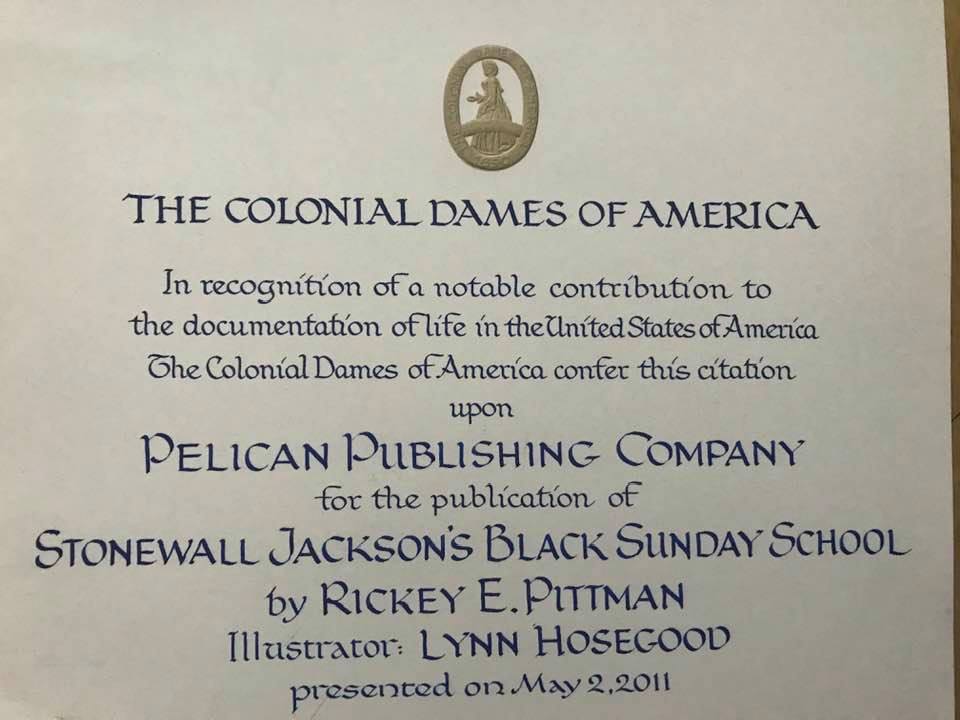 Jackson was a deacon in the Presbyterian Church. He started a Sunday school on Sunday afternoons for free blacks and slaves. He taught them to read, (when it was illegal to do so) gave them Bibles, and taught them their catechism. One student in Jackson’s Sunday School became a pastor and he raised money from the black community for a stained glass window to honor Jackson with his last words on it. Here’s an image of that window: 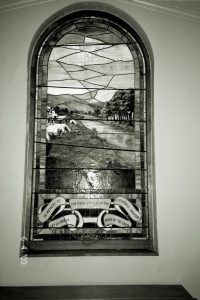 Here are two videos that honor Stonewall Jackson in song. The first is a song written and performed by Jed Marum:

The second song that honors Stonewall Jackson is “Christmastime in Washington” that Jed Marum and I wrote and recorded. Considering the. current Cancel Culture and the politically correct war on Southerners, tradition, statues, and history, this song has an appropriate message.

You can listen to the song HERE:

Here are the lyrics! 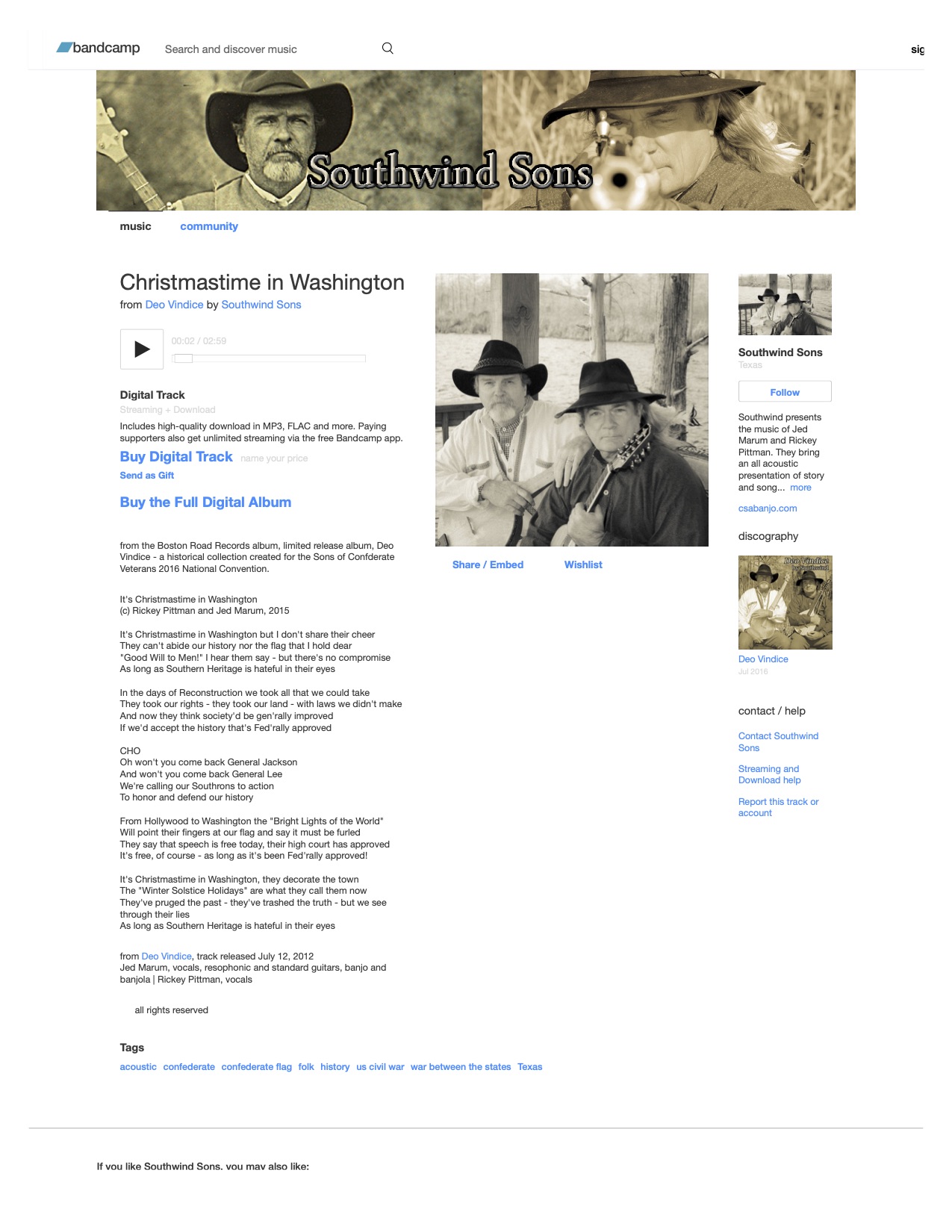