Pine Knot cursed and popped the back of the lead mules again with his whip. “Damnation, what is wrong with you mules today?  You poke along like I’m taking you to a funeral.  I got to get these pumpkins up to Jacksoboro and I don’t have time to fool with you.  Ought to sell every durn one of you and buy some oxen.  What do you think, Hank?”

“Uh huh,” Hank said.  He lifted the water jug to his lips and drank deeply.

“Go slow on the water, Hank.  I’d like to have some. Hank, you should spit out your tobacco before you take a drink. Swallowing that tobacco juice will make you sick.”

“Never you mind, Hank. At Howard Creek Road we’ll refill it at the spring. That is, if these durn mules will cooperate.  Go on, mules!”

At the spring, Pine Knot stopped the wagon and studied a line of Indians in the distance.  “Ah, hell, Hank. We best get out of here.”  The road was too narrow and the terrain too rock covered to turn the team around where he sat, but he saw a wider area ahead where he ought to have enough room to circle back the other direction, so he eased the team on, hoping that if he didn’t pay them no mind, the raiders wouldn’t be interested in their scalps or the mules.

Hank stood, leaned forward slightly and peered at the Indians.  He drew his imaginary pistol, pointed it at the Indians, and started firing.

“You sit yourself down, you idgit, afore you get them riled up.  Put up your pistol, Hank.  They might not can tell you don’t have a real one.”

Hank sat down, but the Indians started slowly moving their way, and Pine Knot guessed that since their hair was cut short on the right side of their shoulders they were Kiowa.  He muttered, “God in heaven, I wish I was Elijah and could call fire down from heaven on these heathen.”   The wagon had nearly turned completely around.

Hank stood up and turned to face the Kiowa.  One hand held the reigns of a horse long ago shot out from under him and in the other, his imaginary pistol blazed away like he remembered it doing at Chickamauga.

Pine Knot cursed his luck.  His shotgun lay right next to him, but he knew that its two shots would be all he could fire if they attacked.  He wouldn’t have time to reload the muzzleloader and the Indians would cut them to pieces.  “Durn it to hell,” he said.  “How’d I get stuck here with one shotgun and an idiot with an imaginary pistol?  God, don’t let us die! Make them go away.  I want to keep my hair!”

War whoops and the pounding hooves of horses revealed the answer to his prayer. 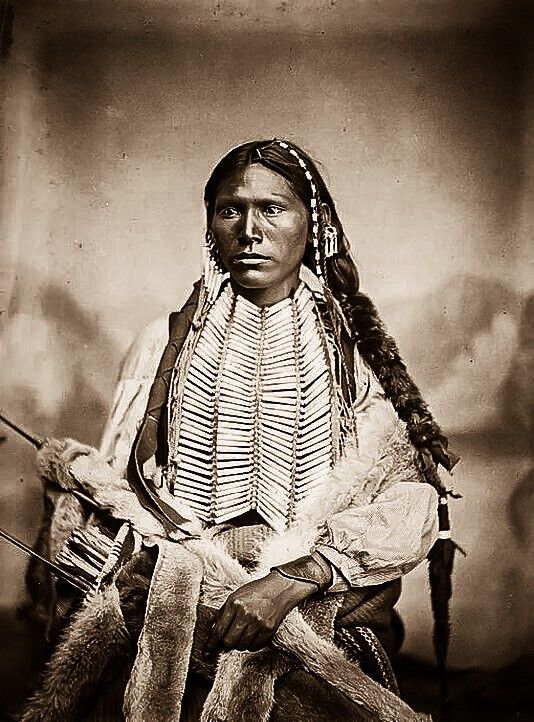